You are here: Home / Journal Club / Journal Club: ‘Changes in Medical Errors after Implementation of a Handoff (Handover) Program’ 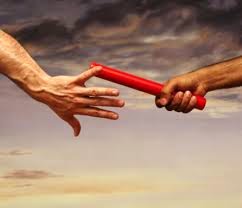 The ED is usually the only part of the hospital that has multiple doctors and nurses working at full speed 24 hours/day. A night shift as an ED registrar rarely allows for a wink of sleep, and we are constantly chopping and changing between day and evening shifts when not on night duty, punishing our bodies. Finishing work on time is essential to maintain any routine (and sanity!) in your life as an ED doctor.

Therefore, we buy into the shiftwork mentality – it is the clock that dictates when we leave work, not how long our list of patients is.

Despite the transiency of our patient ‘ownership’ (most go home, and those that are admitted usually get rushed upstairs so that the ‘4-hour target’ is adhered to – certainly in the UK, increasingly so in Australia), a consequence of shiftwork culture in the ED is that an undeniably large part of our job is ‘handover’.

‘Handover’ (or ‘signout’ /’handoff’ in the US) is a process that occurs at shift change where a doctor finishing their shift transfers the responsibility of his/her patients to a receiving doctor who is starting.

Multiple pieces of information require transmission from one brain to another:

The process of handover varies significantly depending on institution:

Where in the process occurs:

Is handover a source of error?

A sentinel event is ‘any unanticipated event in a healthcare setting resulting in death or serious physical or psychological injury to a patient or patients, not related to the natural course of the patient’s illness’. A sentinel event occurs as a result of an error from a healthcare professional. 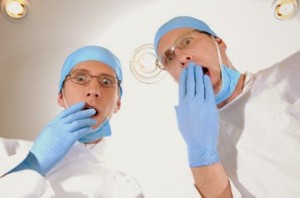 The Joint Commission in the US report that 70% of sentinel events are caused by communication breakdown. Of these, 50% occur during the transition of care from one healthcare professional to another – i.e. during handover (1).

Inadequate handover occurs as a result of failure to include critically important information, failure to accurately portray severity of illness, or transferring erroneous information. Clearly, all can all have devastating consequences.

What contributes to poor handover in the ED?

The ED is a chaotic working environment with frequent interruptions. It has been estimated that consultants are interrupted on average every 9 minutes during the course of a shift, and residents every 14 minutes (2).  An unpredictable, loud, and disruptive environment is suboptimal for the sensitive handover process. 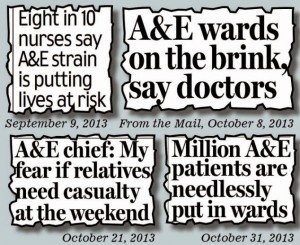 When the department is particularly busy, there is increased pressure on doctors to ‘pick up’ patients. The more patients a doctor is taking care of (particularly late in a shift), the more information they’ll have to handover – more opportunity for error (especially if that doctor is desperate to leave on time).

The culture of the department may dictate that handover is viewed as an informal process. This creates a fertile environment for error:

Task saturation/multitasking is commonplace in a busy ED. Individuals may be so busy that they may not allocate enough time to give/take adequate handover. A departmental culture with a lax attitude towards handover compounds this problem.

An individual may be desperate to finish a shift for personal reasons, and rush the handover process. Again, this problem can be facilitated by suboptimal departmental culture.

Individual cognitive bias can play a role in faulty handover leading to error:

Doctors may not use a standardized approach:

An ethos within medicine, particularly within EM, is to rule out the worst-case scenario for a given presentation, and then work backwards. We like to hunt for ‘red flags’ that highlight potentially high-risk patients with a worrying underlying diagnosis. We know what the red flags are when considering a patient presenting with back pain or dyspnoea, but we don’t know what the red flags are when considering a handover. Perhaps a patient who has required consultant input, or has pending imaging should be flagged as higher risk to the receiving doctor. No evidence currently exists that shows certain elements of a handover to represent a high-risk scenario.

Handover technique is not in the medical school curriculum. We learn how to take a detailed history, perform a physical exam, and then present our findings to a senior doctor, but we don’t learn how to succinctly structure a handover. This leads to the common problem of very junior doctors overwhelming a receiving doctor with information (see above).

“Changes in Medical Errors after Implementation of a Handoff Program”

This paper from the New England Journal came to my attention by being named a ‘Hall of Famer’ in Research and Reviews in the Fast Lane.

It was also reviewed by Ryan Redecki over at Emergency Medicine Literature of Note – ‘It’s a Patient Handoff Miracle’.

What were they Pondering?

What type of study was it?

Who were they studying?

What was the intervention?

What was the Primary Outcome?

What else was being looked at?

The quality of written and verbal handovers was evaluated. This was performed by recording the inclusion of key quality elements before and after the intervention.

Resident workflow patterns were evaluated. Did the intervention increase the amount of time residents spent handing over, and therefore, reduce the time they spent with patients?

How were medical errors identified?

10, 740 patient admissions (5516 pre-intervention and 5224 post-intervention) were reviewed for the presence of medical error.

2 physician investigators interrogated each suspected error and classified it into:

What subtypes of error were reduced?

There were significant reductions in:

Did the quality of handovers improve?

Significant improvements were found in the quality of written and oral handovers.

All key quality elements for written and oral handover saw a significant improvement in their inclusion.

No significant change in mean duration of oral handover sessions.

No significant change in the percentage of time in a 24-hour period spent in contact with patients and families, and performing handover (written and oral).

Stengths of this study…

It was a multi-centre trial.

Pre-intervention and post-intervention data was collected at the same time of year – safeguards against time-of-year confounding (i.e. difference in resident experience; patient population).

The physician investigators who categorized the suspected errors were blinded (however the nurses collecting the initial data were not).

A single-centre study was performed beforehand as an exploratory study – this saw similar improvements in error reduction.

This study was performed in the paediatric setting. It is difficult to know whether we can extrapolate the results to the EM/critical care setting.

The study focuses on one-to-one handovers. It doesn’t introduce a team-based handover structure in the intervention bundle (unlike the exploratory study).

The two physician investigators had only a 70% agreement (Kappa score 0.47) when classifying incidents into an adverse event/non-harmful error/exclusion; and only a 72% agreement (Kappa score 0.44) when further classifying adverse events into preventable/non-preventable. There was, therefore, a considerable amount of disagreement between the investigators, which makes the data less reliable.

The ‘I-PASS handoff bundle’ was a multi-pronged intervention. It is, therefore, difficult to tease out which elements of the bundle made the difference. Was it the introduction of the I-PASS mnemonic? Was it the various educational interventions? Was it the overall change in departmental culture as a result of participation in this study?

By virtue of participating in this study, the handover process will have been in the spotlight at each of the participating sites, which may have contributed to the results. Will the observed error reductions be maintained when research is no longer being conducted?

Handover is a massive part of our daily practice as ED doctors.

It has been shown in this study that standardizing the process and educating doctors/raising awareness of the importance of handover safeguards against medical error– i.e. An overall shift in departmental culture is the key.

Instead of a minefield for medical error, perhaps a healthier way to view handover is as an opportunity to take a step back, review the case and collaborate with the receiving doctor who has a fresh perspective. It is also a fantastic platform for case-based teaching from seniors. 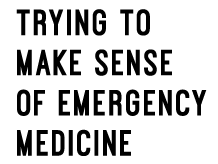 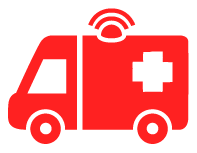 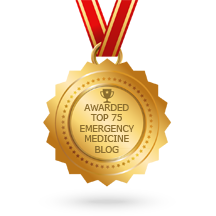 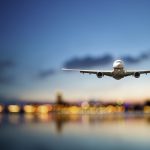 Captain Dave Fielding and Captain Alexander Jolly are commercial airline pilots. I met them through Project Wingman, a pandemic-induced collaboration between the UK aviation industry and the NHS. We met up over a coffee in the Whittington Hospital “First Class Lounge” and compared notes on our respective professions. In particular we discussed human factors and […]